Running for cover in Ashkelon

For some reason, I was the only one in the apartment who didn’t hear the first wail of the siren – the civil defense mechanism which gives Israelis living within bomb radius of Gaza up to a full 20 seconds to take cover or move to a safer area. In the case of the flat in Ashkelon where we were staying – the home of my wife’s aunt and uncle – which is near the top floor, they are instructed to descend two levels and take cover in the section opposite where a direct hit would land. The likely trajectory of a potential missile would make their home especially vulnerable.

It took me a couple of seconds to understand why everyone – Chana, her aunt, uncle, cousins, and friends – was running towards the door, but the second siren, which I heard simultaneously with the words “bomb”, “we must” “take cover”, uttered by someone, or everyone, finally confirmed the meaning of their worried expressions and the rapid urgency of their gate.

We descended down two flights where the other neighbors had gathered – the safe spot. We learned later that it wasn’t a false alarm, as is sometimes the case. Thankfully, the rocket landed harmlessly in an open field a mile or so from our location.

Since Israel’s unilateral withdraw from in 2005, there has been over 7,000 such missile attacks (rockets and mortars) from Gaza into Southern Israel – with a stark increase in such attacks after Hamas gained power in 2006. While such attacks slowed dramatically after Operation Cast Lead in January 2009, there have still been over 300 in the lat year. Indeed, a few hours before our incident in Ashkelon, a Qassam rocket hit Netiv Ha’asara in the western Negev, its shrapnel taking the life of a Thai worker employed in a moshav greenhouse.

Chana and I had married less than 48 hours before the attack, had both been in Israel less than a year, and I couldn’t help but see what happened as a minor, but genuine, initiation into Israeli life. My wife was a bit shaken by the experience and it occurred to me that, despite the seeming normality of everyday life in Israel, being an Israeli is no normal existence.

Being a citizen of Israel requires a toughness and resilience beyond what is typically expected in other democratic and relatively affluent nations. Being an Israeli requires a sober understanding that, despite our remarkable economic achievements and our dynamic cultural, social and political life, we are still surrounded by enemies determined to destroy us – a determination impervious to the political and moral reasoning that most take for granted. In the zero-sum game of Islamic extremism, as embodied by movements such as Hamas, it is not Israeli policies, but our mere existence which is an offense.

Chana and I made Aliyah separately, but neither of us were under any illusions prior to our decisions that living here would be easy. We also had an understanding of what Zionism meant in the context of Jewish history, and neither of us have ever questioned whether our move was worth the considerable risks.

In pondering the unimaginable courage and fortitude displayed by those who came before us to create and protect the modern Jewish state – sacrifies which most in our relatively safe and affluent generation simply can not relate to – my only hope is that I live my life in a manner worthy of their example. 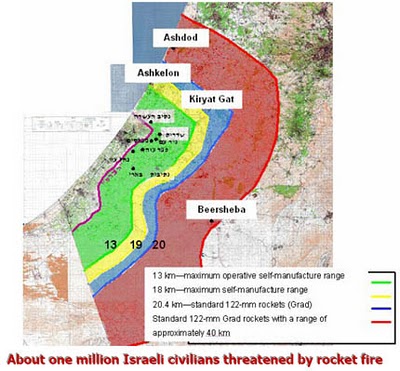