The cowardly Zionism of Jonathan Freedland 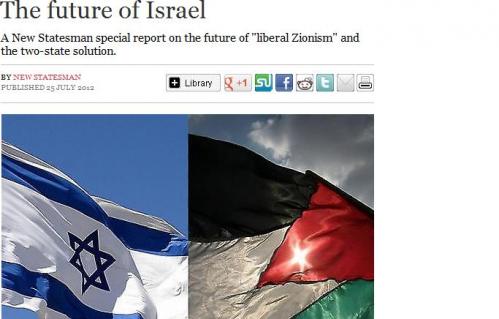 In his piece Yearning for the same land in this week’s New Statesman magazine prize-winning author and columnist Jonathan Freedland cites four shades of Zionism: secular, religious, left-wing and rightist.

Make that five shades: Freedland Zionism – sitting in one’s comfortable diaspora home while joining in the delegitimisation of Israel.

A May issue of the New Statesman was devoted to Who Speaks for British Jews? This week’s issue asks Israel: the future – Is the dream of a two-state solution dead?

Israel is unique in being the only country whose future, or lack of, is constantly under discussion. And who knew that ripping the heart out of Judaism by giving up places like the Machpelah in Hebron is considered a “dream”?  A necessity in return for an elusive peace maybe, but no dream.

Freedland puts himself among the “left-leaning Zionists”. These are “true Zionists” who think that “the 45-year long occupation is jeopardising the founding Zionist goal of a Jewish, democratic state.”

Freedland doesn’t tell us why the “occupation” is threatening Israel’s Jewish and democratic status but it sounds like the scaremongering of J Street and Yachad.

Yachad, for example, claims that if Israel doesn’t withdraw from the West Bank then by 2020 the Palestinians between the Jordan River and the Mediterranean Sea will outnumber Jews. Minority autocratic rule by Jews over Palestinians will follow or, as Mick Davis, a British Jewish community leader put it recently, “Israel is heading towards an apartheid state”.

Those who cite this thesis never back it up with a source, but that is because it is just more anti-Israel propaganda; a ploy to force Israel to dangerously concede more land.

Yoram Ettinger shows how the numbers of Palestinians on the West Bank are regularly artificially inflated by at least one million and argues that Palestinians and Israeli Arabs can never make up more than 30% of those living between the River and the Sea. Freedland wouldn’t want facts to get in the way of a good story.

Freedland claims to support Israel’s right to exist. He just doesn’t like how Zionism was implemented or current Israeli policy. And he believes that “the security, viability and even the ethical character of the Jewish state matter more than its size.”

He contrasts this position with that of the “hawkish Zionists, heirs of the revisionist tradition of Vladimir Jabotinsky who are territorial maximalists, eager to fly the Israeli flag over all of the West Bank”.

So just how small does Freedland think Israel should have been?

The Peel Commission of 1937 offered the Arabs 80% of British Mandate Palestine and the Jews 20%. The Zionists accepted but Arab leaders rejected this leaving Europe’s Jews to their fate in the gas chambers.

Freedland states “Israel needs to look plainly at the circumstances of its birth and understand why Palestinians regard the event as a catastrophe.” But Arab leaders having rejected, this time, 45% of British Mandate Palestine in 1947 went on to commence hostilities against the Jews instead.

So who are the real “territorial maximalists” here?

In fact the seeds for Arab defeat in 1947-1949 were self-inflicted having been sown during the 1936-39 Arab uprising in British Mandate Palestine which was brutally crushed by the British leaving the Arabs bereft of leaders, fighters and weapons while Zionist militias used the time to build up their reserves.

Freedland then complains that there were no takers in Israel for a “national memorial day to mark the Arab dispossession”.

But why would Israelis commemorate an attempt by Arab leaders to kill them?

Despite all this Arab rejectionism Freedland then, incredibly, goes on to portray Jews and Arabs as drowning nations clinging to the same piece of driftwood. He thinks the Jews who were “gasping for breathe” were right to cling to it in 1948. After 1967, he claims Israel pushed the Palestinians off the shared driftwood and into the sea.

Freedland doesn’t bother analysing what the situation might have been like today had Israel not been in West Bank.  One need only look at the aftermath of Israel’s pullout from Gaza: rockets slamming into Tel Aviv, anyone?

Like in his piece This is Israel? Not the one I Love in the Jewish Chronicle last November Freedland doesn’t like to complicate the issue by mentioning Hamas or Islamic Jihad. No mention of Hamas’ call to kill Jews in its charter or of Hamas’ beliefs that Israel is an “Islamic waqf” and that peaceful solutions are invalid.

Freedland never asks, or answers, why he thinks the Palestinians, who rejected 80% of the territory in 1937 and 45% in 1947 would accept 22% now. In fact he doesn’t criticise the Palestinians once.

Luckily for Freedland he has never had to take a life or death decision. Sadly, he takes the coward’s way out and criticises those unlucky Jews forced to. He yearns for the perfect Israel and until then won’t stop his constant delegitimisation of the Jewish state.

But it gets worse. Alongside Freedland’s piece is a piece by Ali Abunimah.  Abunimah calls for a one state solution and the ending of “Israelis’ demand for the supremacy of Jewish rights over those of the Palestinians”. While Geoffrey Wheatcroft, in his book review How the dream died, describes the American “pro-Israel official ‘Jewish establishment’” as “elderly, rich and right-wing”. 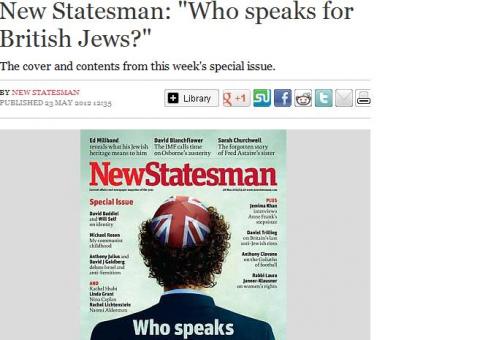 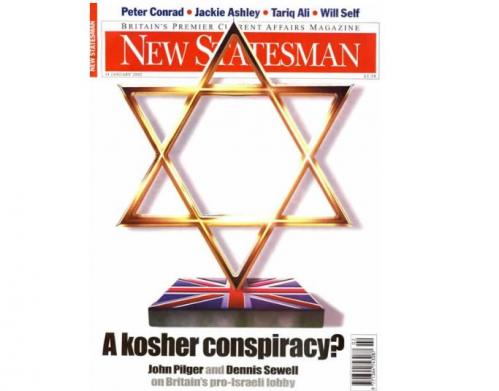