Our friends at CAMERA published a 2012 end-of-year top-ten list of the most egregious false accusations about Israel in the media.  Coming in at number 5 was the Guardian’s ‘ever-changing Israeli capital.

Nearly four months after that, following many complaints, The Guardian re-corrected, sort of, writing: 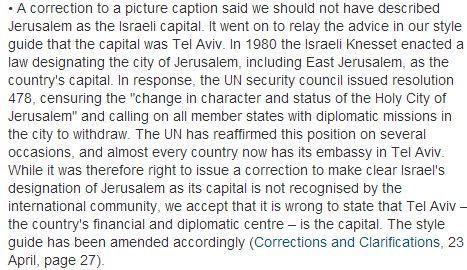