How big is E-1? The geographic reality of an alleged “impediment to peace”

There’s been a lot of talk at the Guardian – and in the mainstream media – about the tiny area of land (known as ‘E-1’) outside Jerusalem (encompassing a mere 12 square kilometers of land out of more than 5,600 square kilometers of territory in the West Bank), so I thought it might be worth putting it in perspective:

Here’s a map showing E-1 taken from Ha’aretz (Q&A: What is area E-1, anyway?) which has the advantage of showing E-1 in bright red:

Here is the same image overlaid on a true map of Jerusalem and surroundings.  The guide in the bottom left hand corner gives a better idea of the distances and area involved – about 2 miles/4km from central Jerusalem, and between Jerusalem and Ma’ale Adumim: 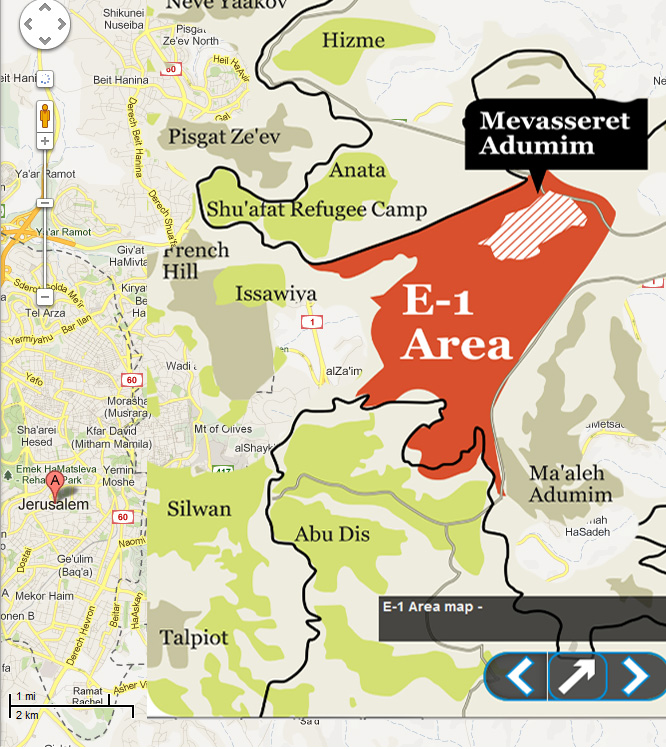 For clarity, here is the E-1 area extracted from the map provided by Ha’aretz and overlaid on the same map of Jerusalem and surroundings: 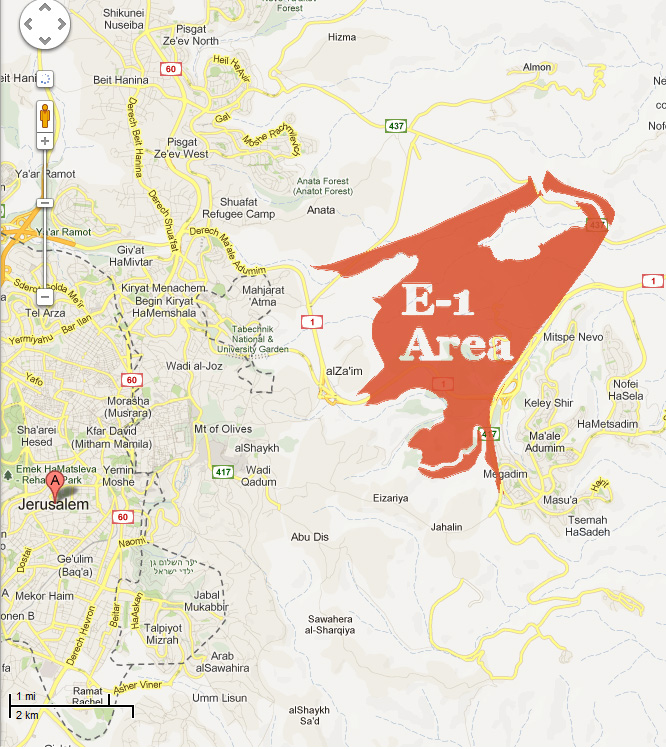 By way of comparison, here is the E-1 area overlaid on a map of Manhattan – it is less than 4 times larger than Central Park:

To make the scale of E-1 a little more obvious, let’s zoom out to include most of Manhattan and surroundings: 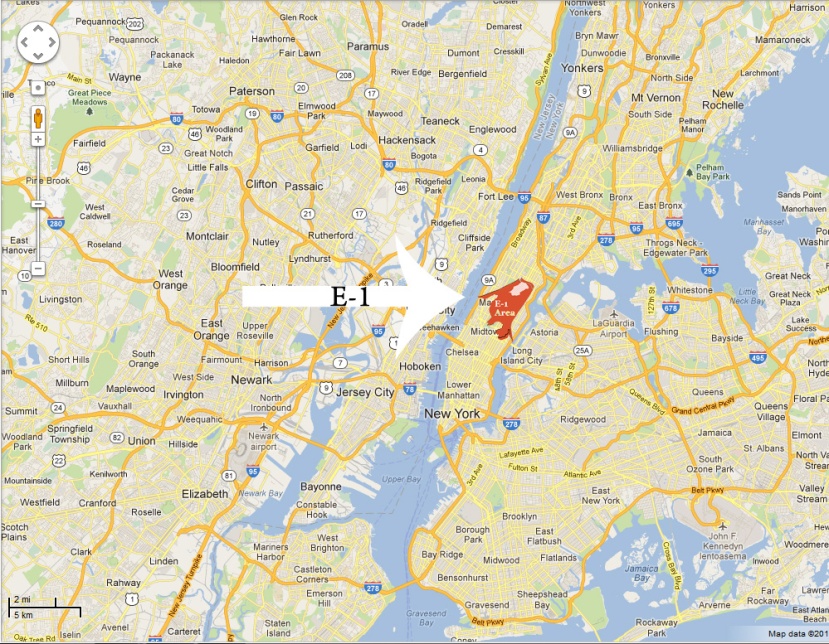 And here is E-1 overlaid on a portion of the map of Israel to the same scale: 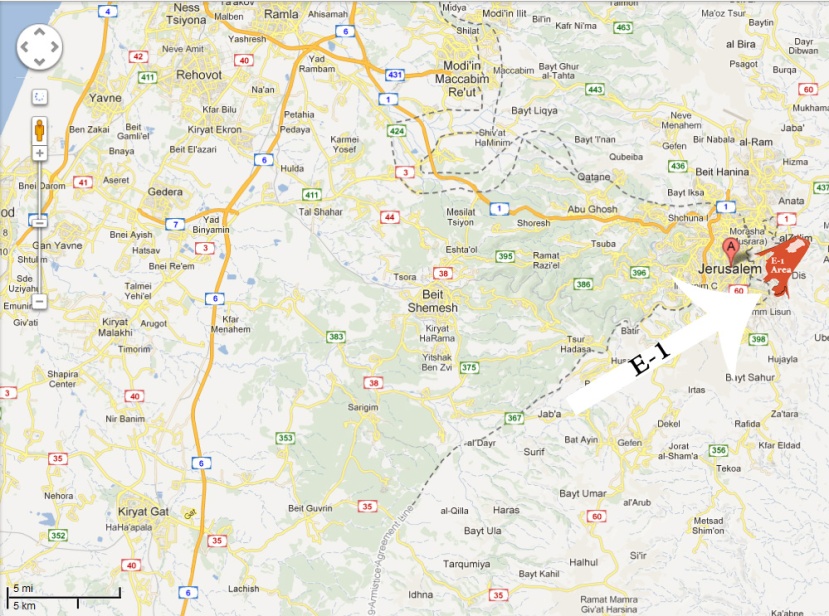 Is the world-wide fuss over an area between Jerusalem and Ma’ale Adumim, less than four times the size of Central Park, and a fraction of the size of Manhattan, that the Palestinians know will be included in the area of Israel if an agreement is ever reached, really worth making?