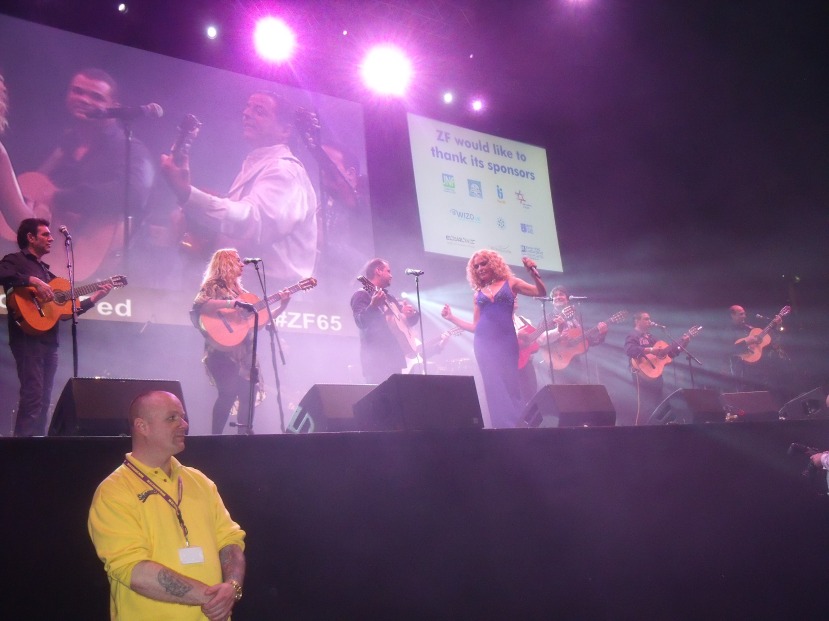 6,000 British Zionists laughed and danced disgracefully at London’s Wembley Arena on Tuesday night as the Zionist Federation put on an evening of comedy and music to celebrate Israel’s 65th birthday.

Stacey Solomon sang, Britain’s Got Talent winners Spelbound dazzled with musical gymnastics, Israeli star Ivri Lider played piano and Mark Maier made everyone laugh with his descriptions of strange Jewish behaviour, for example pensioner Bernie with his bad back “going on security” in synagogue which is hardly going to thwart an attack from Al Qaida.

Finally, Israeli star Ishtar lifted the roof when she joined forces with Gipsy Kings co-founder “Chico” and with Alabina to get the Arena pumping to Arabic and Spanish music, including Gipsy Kings hits Bamboleo and Volare which had them all dancing disgracefully in the aisles.

Some 30 anti-Israel activists protested outside with extremist Jewish sect Neturei Karta taunting concert goers about the Holocaust. Typically, I was quietly taking photos before being moved on by the police under threat of arrest for breaching the peace after Massoud Shadjareh, chair of Islamic Human Rights Commission, complained that I was “provoking them”. Here he is in action:

More photos from the evening inside and outside Wembley Arena: 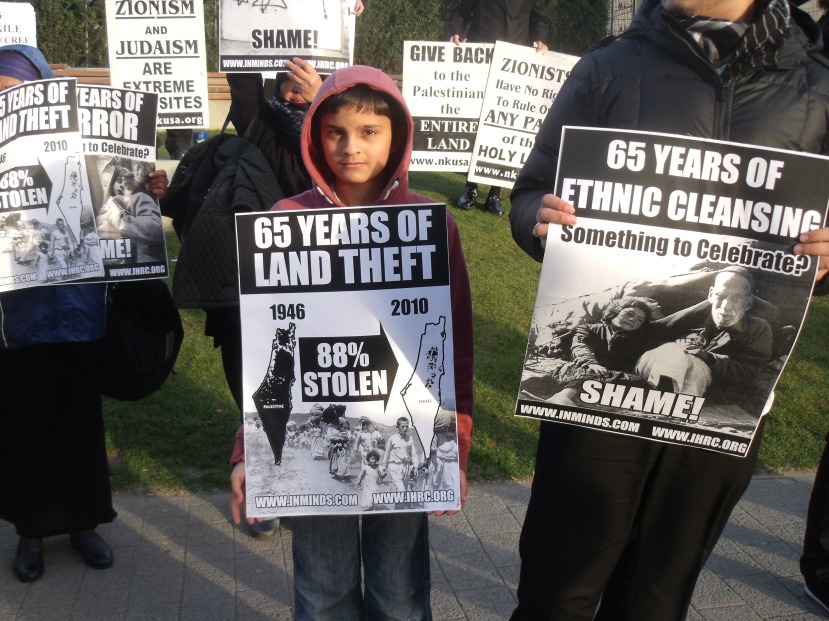 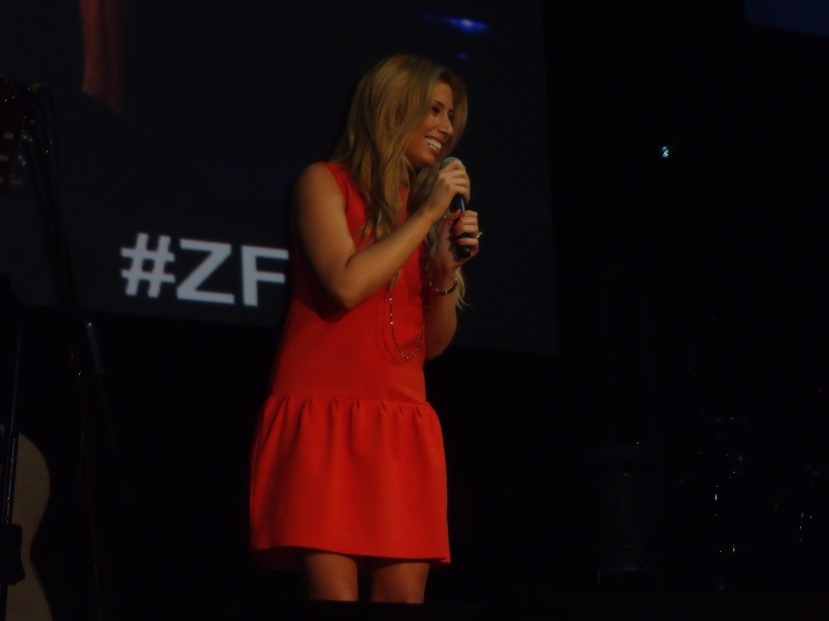 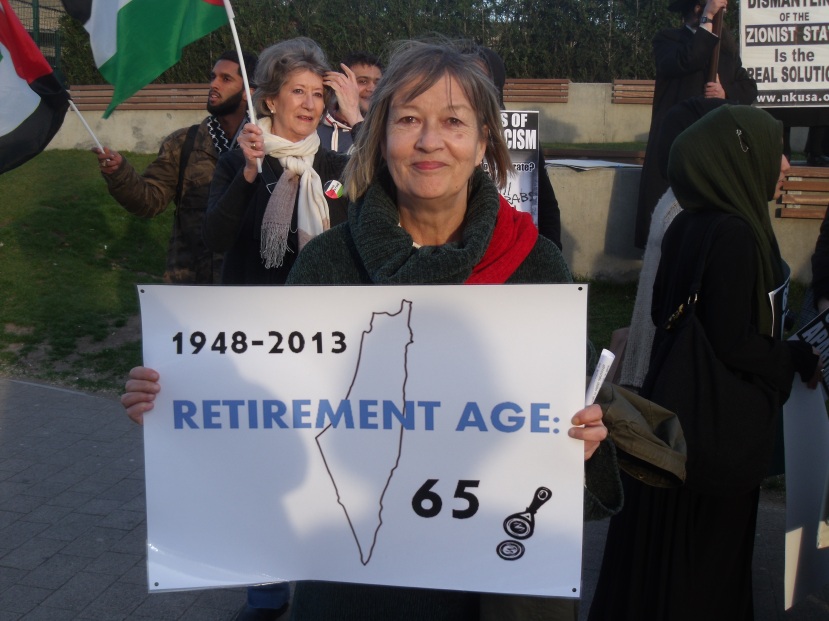 But she’ll be back next year for Israel’s 66th. 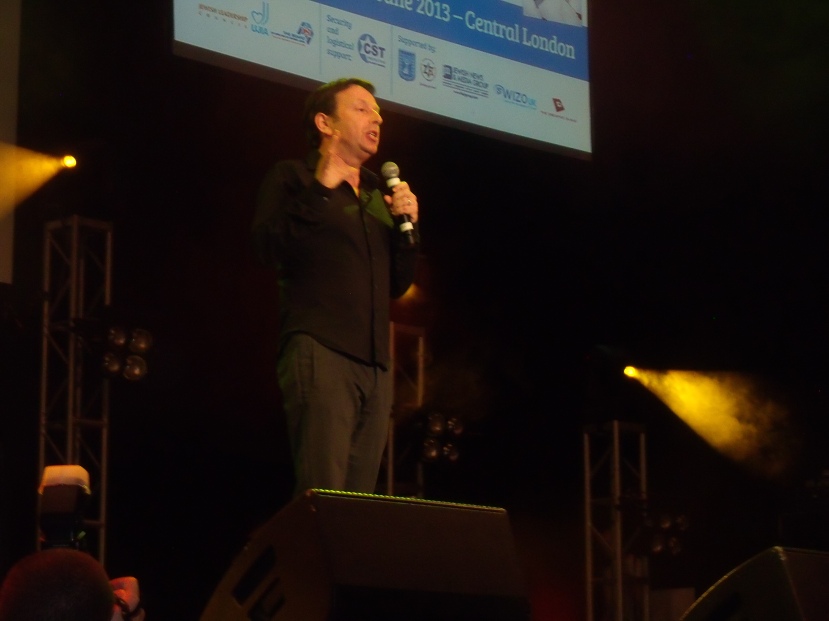 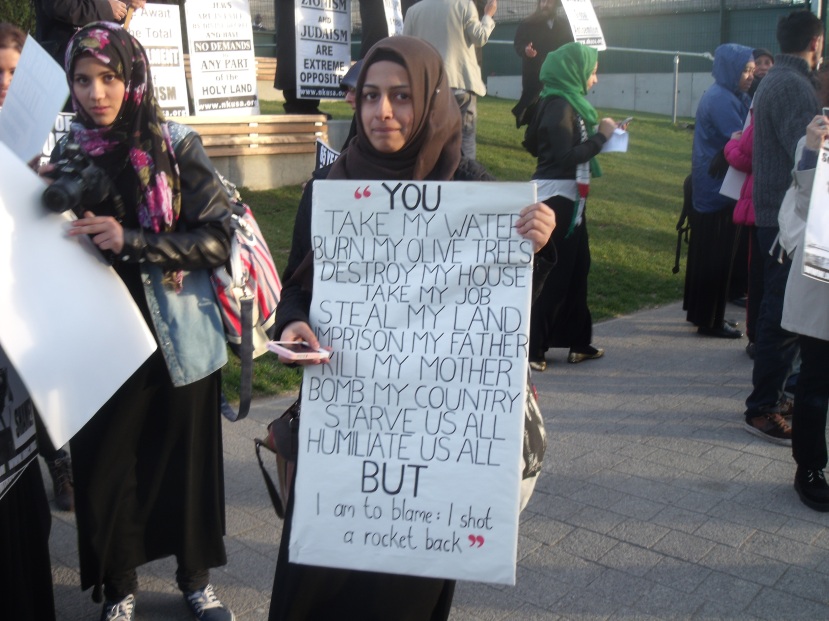 At least they didn’t take your Israel-developed IPhone. 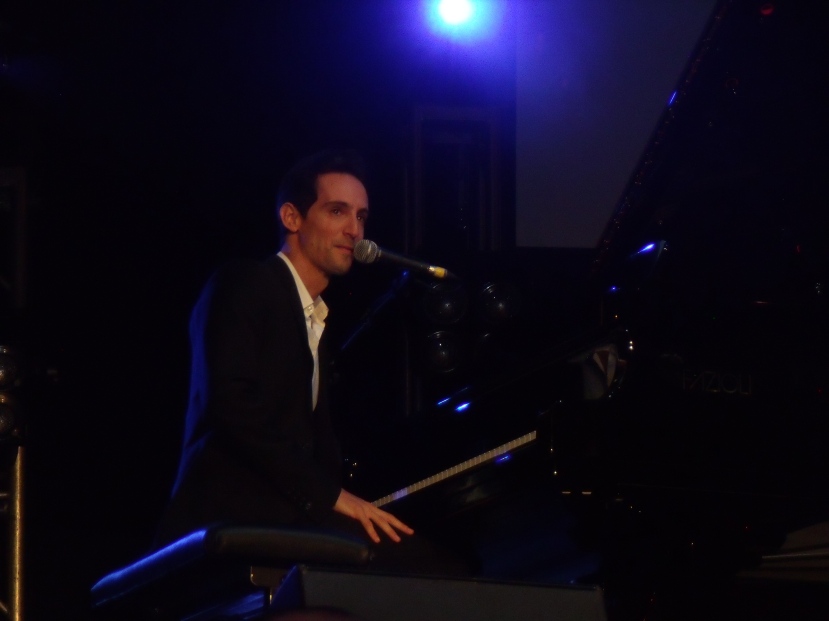 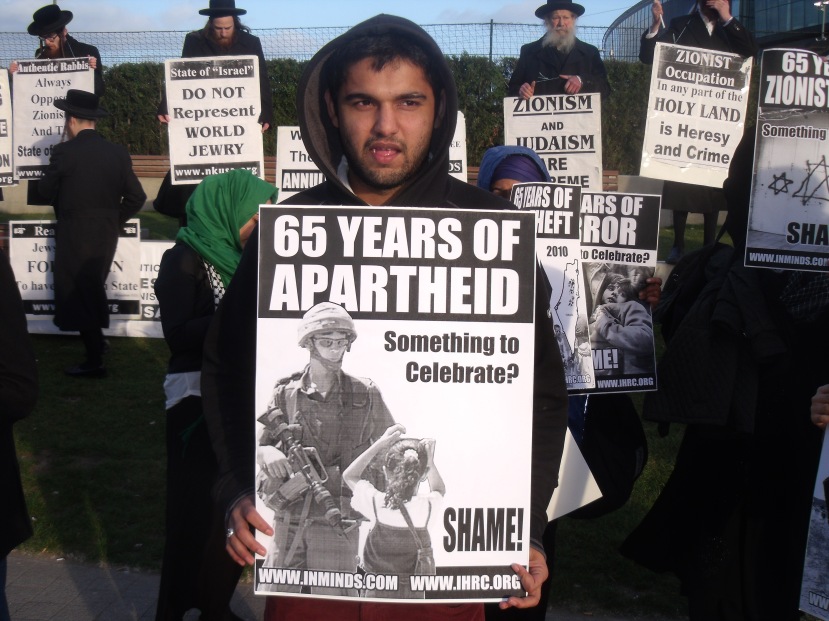 Hug a hoodie anyone? 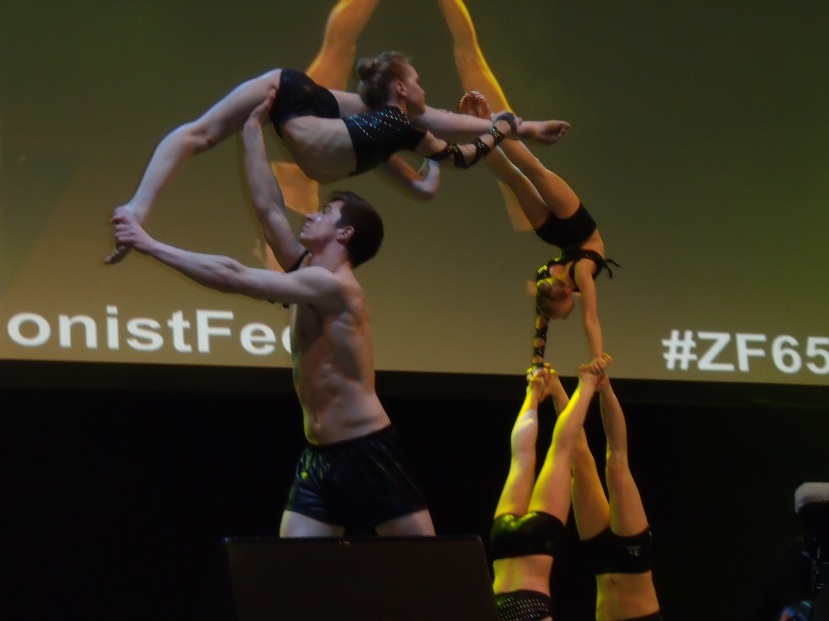 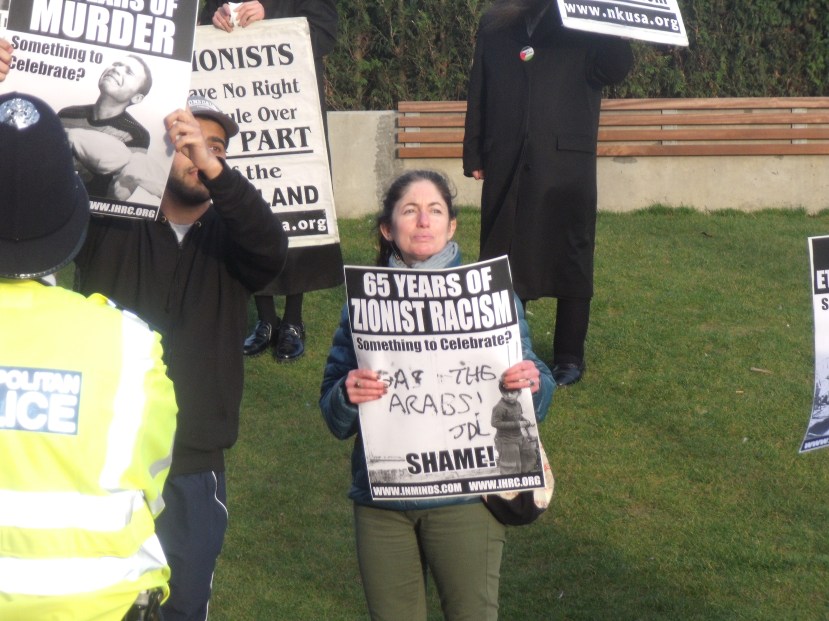 Has this woman really got nothing better to do? 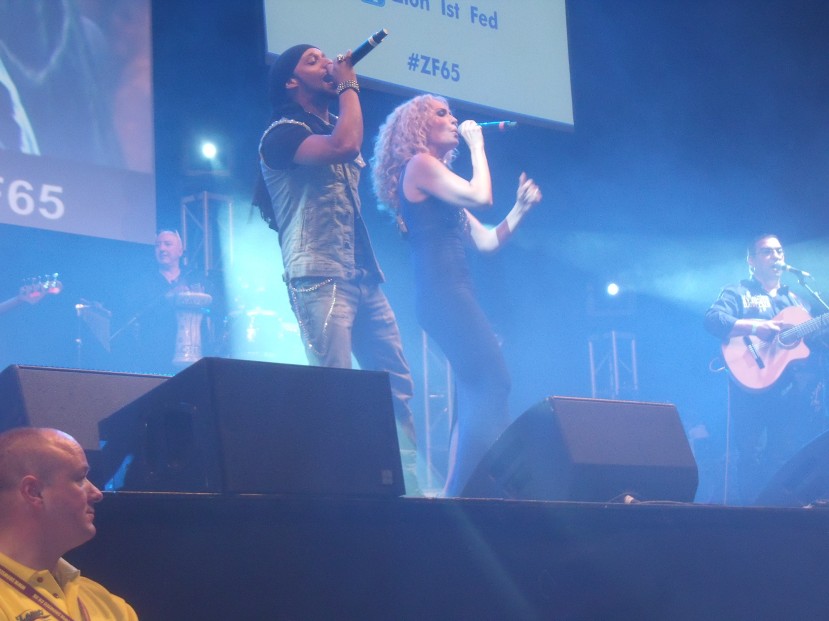 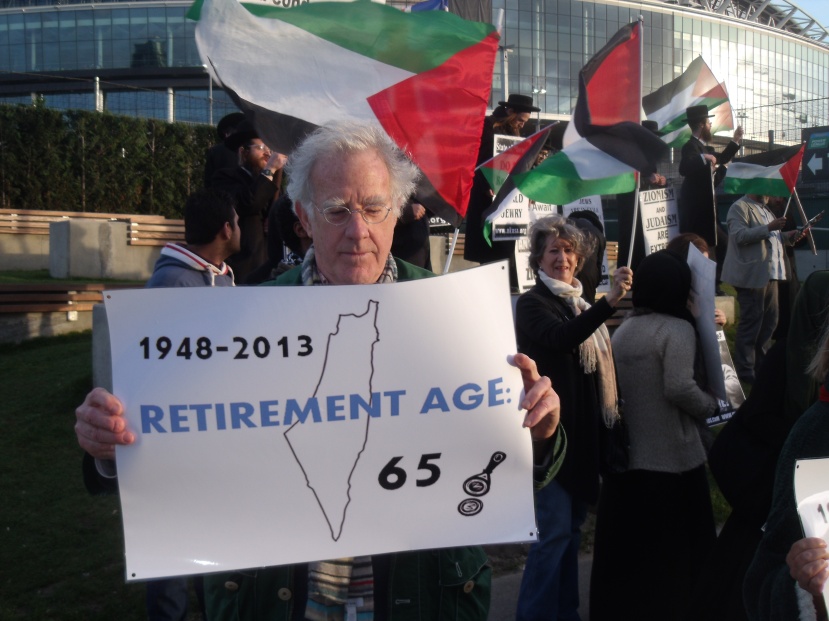 Good luck with that. See you next year.

Feeding off each other’s hate. 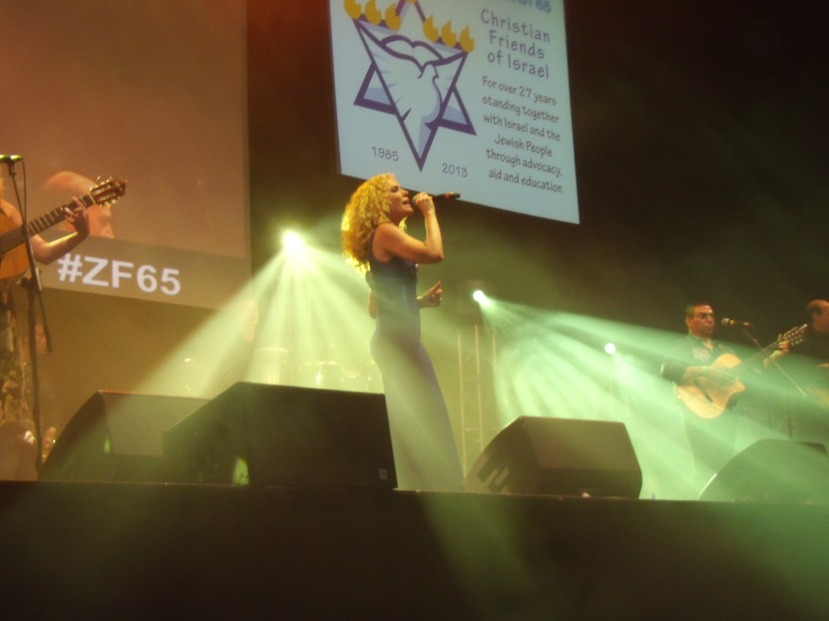 Taught to hate. (Also, note the Misharawi photo on the poster to the right: I guess he didn’t read that the boy was in fact killed by a Palestinian Rocket.) 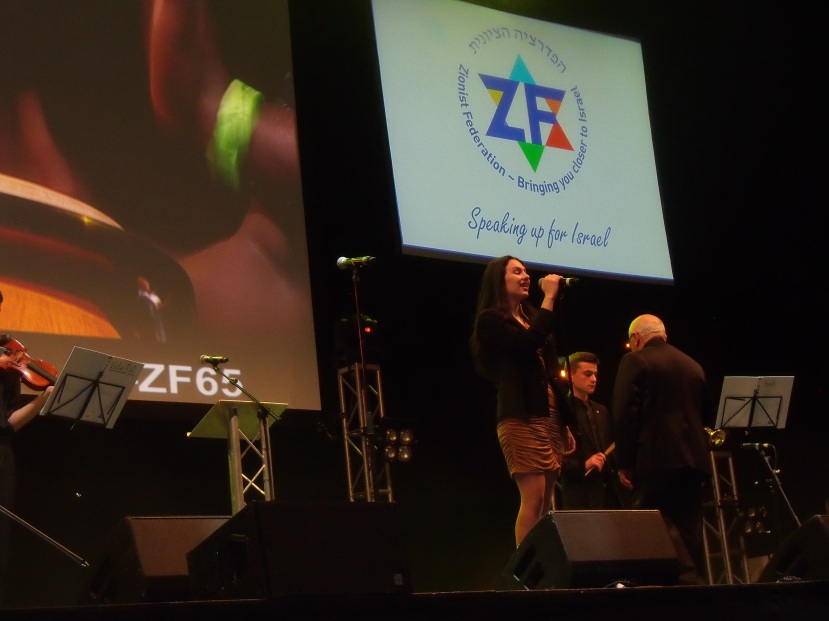 Youth Aliyah Music Ensemble kicking off the evening of celebration 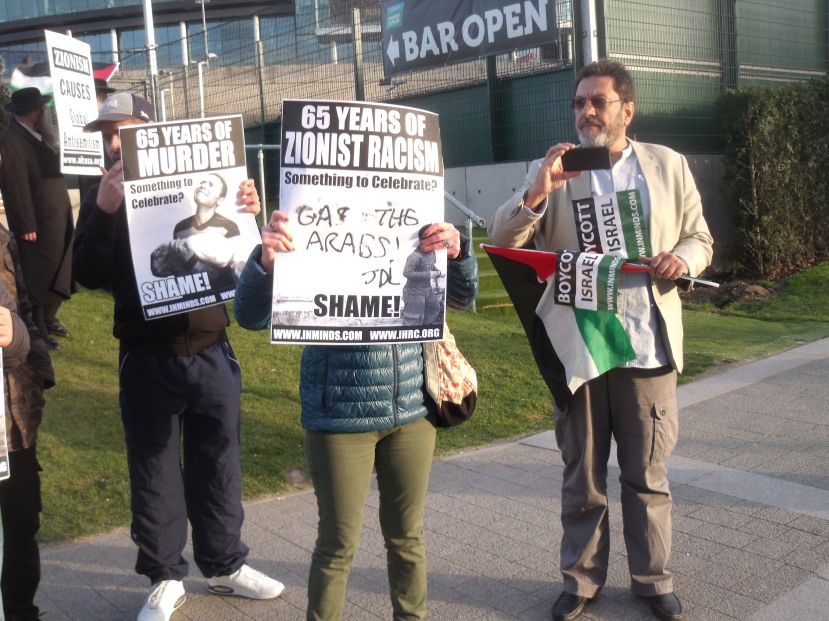 Massoud Shadjareh who complained to police that I was “provoking them”. 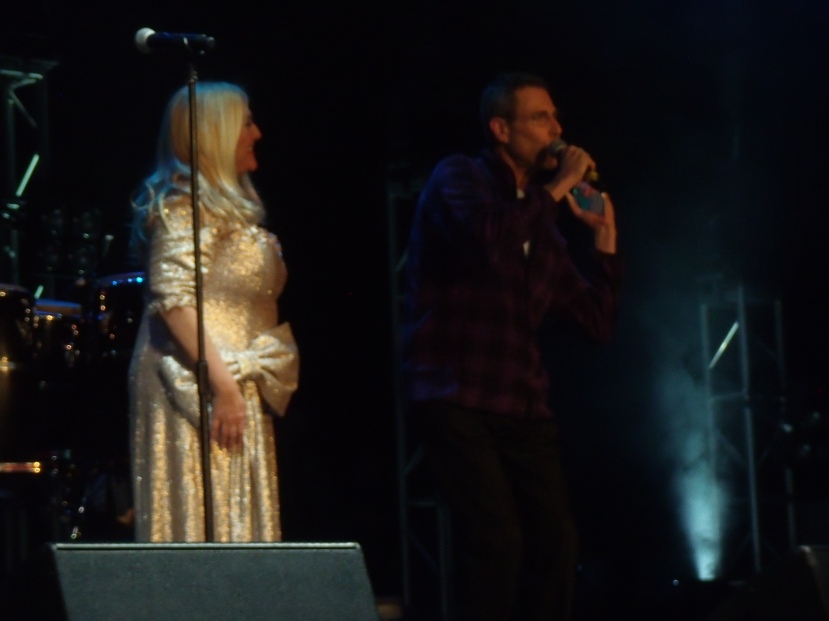 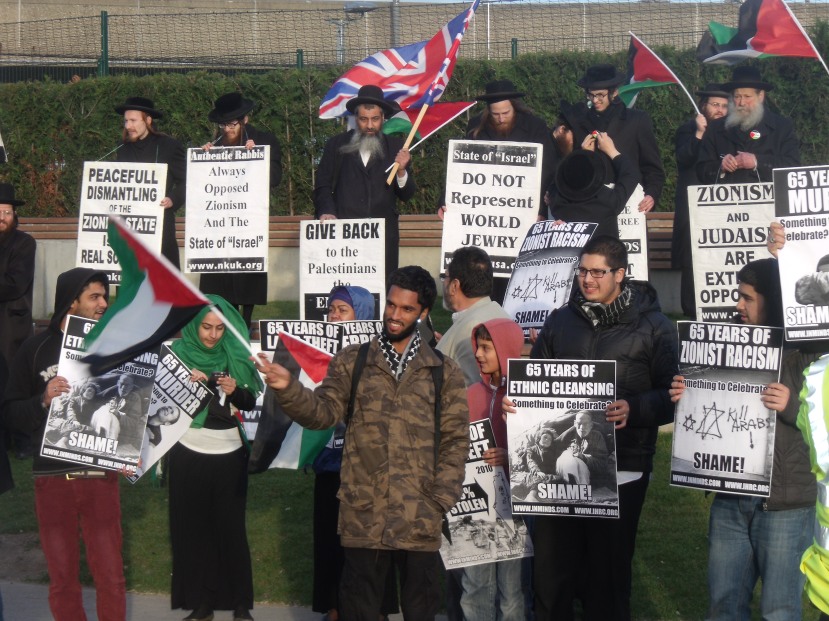 A charming lot (not).