Focus below the line: Guardian readers ‘reflect’ on Israel and the Jews (June 18)

This post is part of a series which will re-focus on the problem of biased moderation at the Guardian’s blog ‘Comment is Free’ (CiF) – particularly, reader comments which are off-topic, ad hominem or antisemitic, and yet not deleted by their team of professional moderators.

All of the following reader comments have been posted under ‘CiF’ op-eds which have nothing to do with the Israeli-Palestinian Conflict.

It starts here with a commenter with the moniker ‘StephenStafford‘: 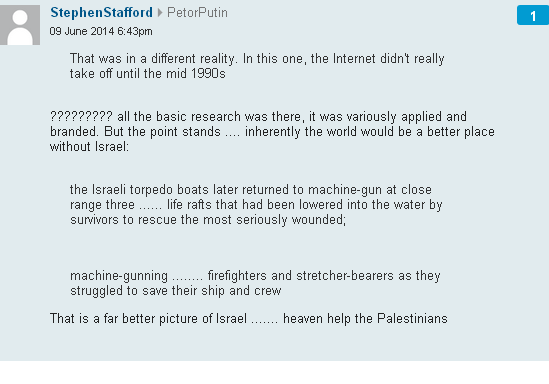 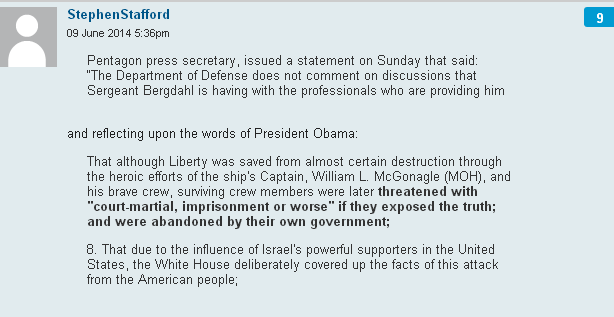 The thread continues with a commenter named Morgenrot. 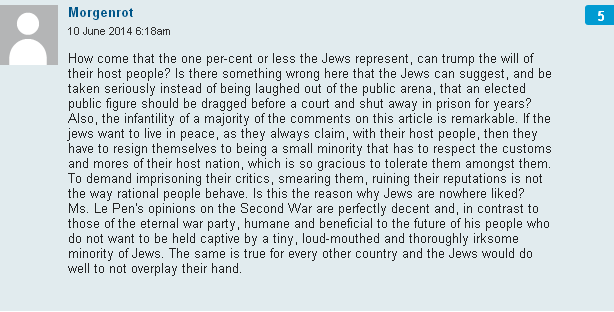 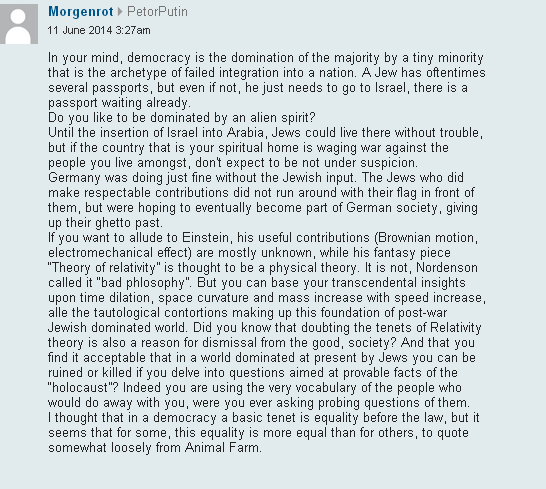 Again, none of these comments have been deleted by ‘CiF’ moderators.