On Dec. 14th, we commented on an extremely inappropriate photo accompanying an official editorial at the The Observer (sister site of the Guardian) in response to the US Senate’s recent report on the CIA’s interrogation of terror suspects in the years after the 9/11 attacks. (The Observer view on torture, Dec. 14)

Despite the fact that the editorial had absolutely nothing to do with Jews or Israel, editors nonetheless chose the following photo, from a 2008 White House Hanukkah ceremony, of former President Bush in front of a menorah. 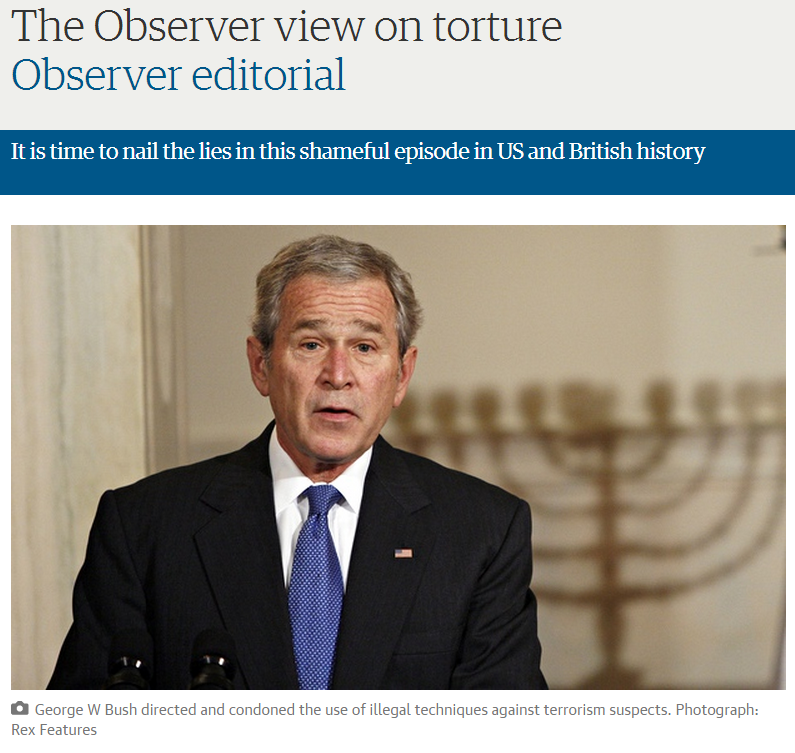 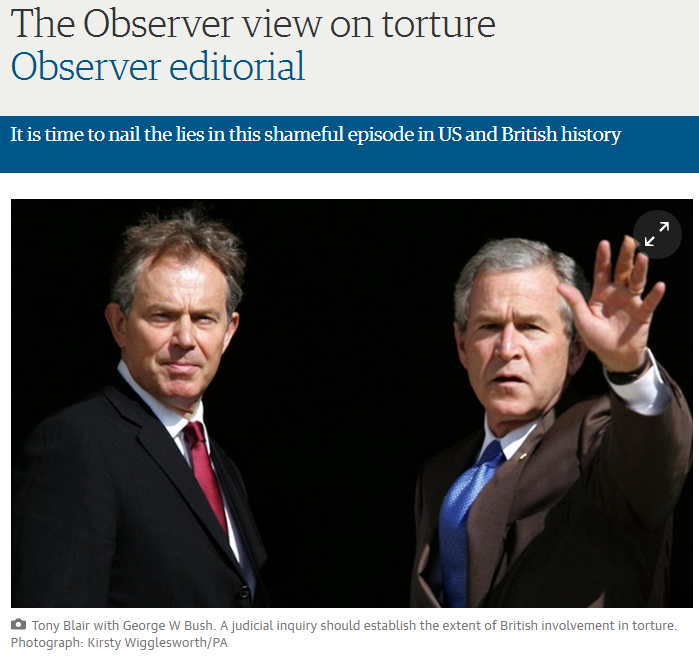 We commend the CiF Watch followers who circulated our post, as well those who may have contacted the Guardian to object to the original photo choice.