An article written by Independent Middle East correspondent Bethan McKernan focused on a fake news story coming out of Lebanon that Hezbollah had kidnapped top-ranking Mossad agents.  The report (“How fake news in the Middle East is a powder keg waiting to blow”, Sept. 11th) was contextualised thusly in the opening paragraph:

Conspiracy theories are not a new phenomenon in the Middle East.  Many governments and influential organisations in the region – if not all of them – have long thrived on the power of disinformation and propaganda, which not only confuses enemies but keeps citizens in a state of pliant uncertainty…..The impact the new fake news ecosystem could have when the Middle East’s appetite for half-truths meets increasingly sophisticated methods of spreading political disinformation, however, are not yet known – and could have devastating consequences.

Yes, Middle East conspiracy theories are indeed toxic, and those who promote such views should never be legitimised.

In fact, if you recall, back in March we posted about an Independent article by the same journalist on Donald Trump’s White House invitation to Mahmoud Abbas, a piece highlighting the ‘analysis’ of someone named Ralph Schoenman, who she characterised as a “leading academic” and author of a “highly influential” book on Zionism.

However, Schoenman, we revealed, is not so much a ‘leading academic’ as he is a fringe extremist, 9/11 conspiracy theorist and fraudulent scholar who erroneously claimed that Zionists collaborated with the Nazis to murder millions of Jews. 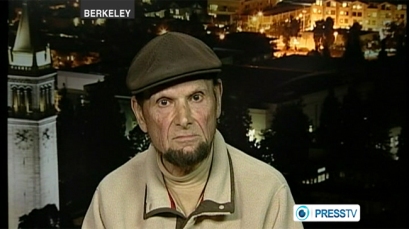 We complained to Indy editors on the journalist’s decision to cite the views of a conspiracy theorist in the story, and editors responded by taking the unusual step of completely removing the article – though no apology was offered by editors or Ms. McKernan.

Tellingly, nowhere in her new article warning of the dangers of Middle East conspiracy theories – published, interestingly, on the 16th anniversary of the September 11th attacks – does the intrepid journalist and truth seeker allude to her own recent ‘fake news’ faux pax of relying on the sage advice of a 9/11 truther.