The Druze religion is a monotheistic faith which emerged during the 11th century from Islam and incorporated several elements of Gnosticism, Greek Philosophies and other ideologies present in that era.

Worldwide there are about one million Druze – who live mainly in Syria and Lebanon – with roughly 113,00 in Israel (a steep increase from the 14,000 Druze who were living in the state in 1948).

The Druze community in Israel is officially recognized as a separate religious entity with its own courts (with jurisdiction in matters of marriage, divorce, etc.), and spiritual leadership.  Their culture is Arab and their language Arabic but they opted against mainstream Arab nationalism in 1948 and have served at high levels in the IDF and national office. (Druze MK, Majalli Wahabi, briefly served as acting President of Israel during Moshe Katzav’s trial.)

Kayouf spoke briefly about the fires that raged through the Carmel region in December and the support the Druze received from Israeli citizens of all backgrounds and remembered fondly the solidarity of a Jewish neighbor, Rachel, who insisted upon staying in the town to help with relief efforts instead of taking temporary refuge with relatives in the south.  The fire, he noted wryly, didn’t seem to respect national, ethnic, or religious boundaries.

Kayouf was quite emphatic in his view that Israel hasn’t yet found the right balance in supporting the rights of minorities in the context of a Jewish and democratic state – a conversation which was frank, passionate, but always respectful – but also was clear that he is a loyal citizen who, like most Druze, served in the IDF, and that most Druze unambiguously consider themselves Israeli.

The unique identity of the Druze – monotheistic but religiously unique,  linguistically and ethnically Arab, and yet clearly Israeli – is, as with most religious and ethnic minorities throughout the world, layered and nuanced, and I’ve clearly only begun to understand their unique culture and political identity.

As Israel is often defined by the mainstream media through the prism of the conflict with the Palestinians, it’s easy to lose site of the fact that non-Jews make up 25% of the state’s population, and that the richer tale of the nation’s broader ethnic, racial, and religious diversity escapes their narrow lens.

Moreover, when you consider that the state’s majority Jewish population has come to modern Israel from over 100 countries, representing a staggering linguistic diversity (70 different languages have been spoken by those arriving on her shores), it’s difficult not to view the enormous media coverage our nation receives and lament at the human drama not represented, the stories which are never told.

The flag of Druze Battalion 299, a regular army infantry battalion, which was founded in 1974

Isfiya's spiritual leaders treated us to traditional Druze coffee and a brief introduction to the origins of their faith. 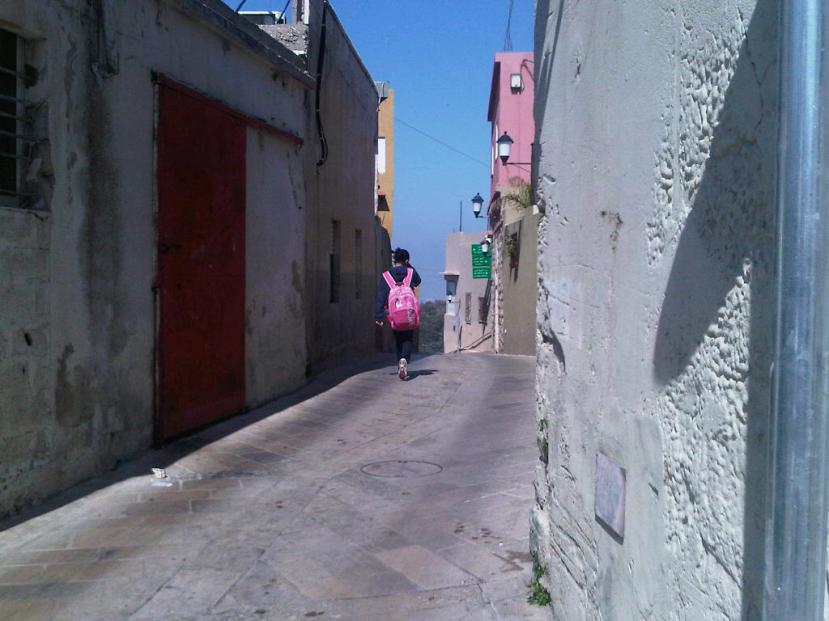