Yesterday, we commented on an example of the increasingly prevalent dynamic within the mainstream media of the blurring of news and opinion, in the following story at Times of London by their (error-prone) Middle East correspondent Catherine Philp. 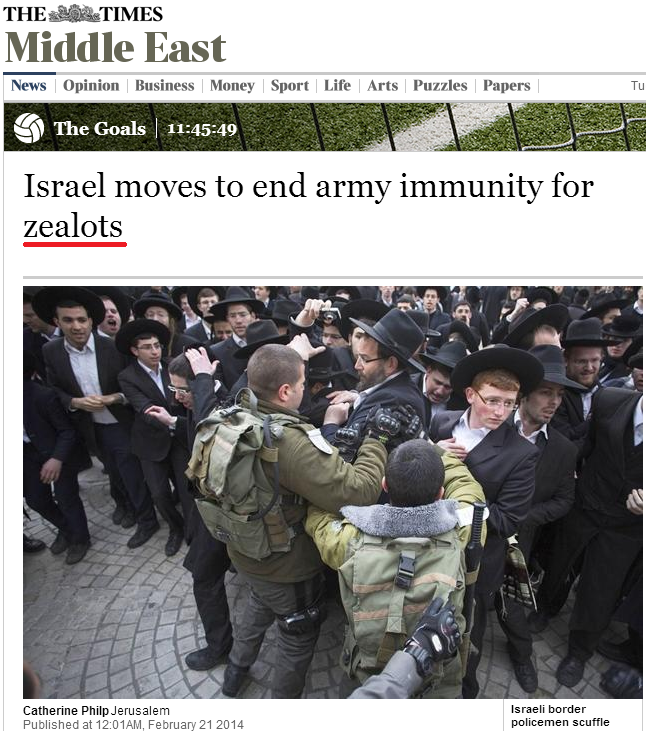 The story, about debates in the Israeli Knesset over legislation aimed at ending an exemption that allows thousands of ultra-Orthodox Jews (Haredim) to skip military service, also included the word “zealots” in the opening passage.

Ultra-Orthodox Jews who refuse to serve in the Israeli army could face time in jail under a new law agreed by a parliamentary committee in a move likely to trigger fresh protests from zealots.

Today, following a complaint filed by CiF Watch, The Times changed their headline and deleted the word “Zealots”, replacing it with the more accurate term “ultra-Orthodox”. 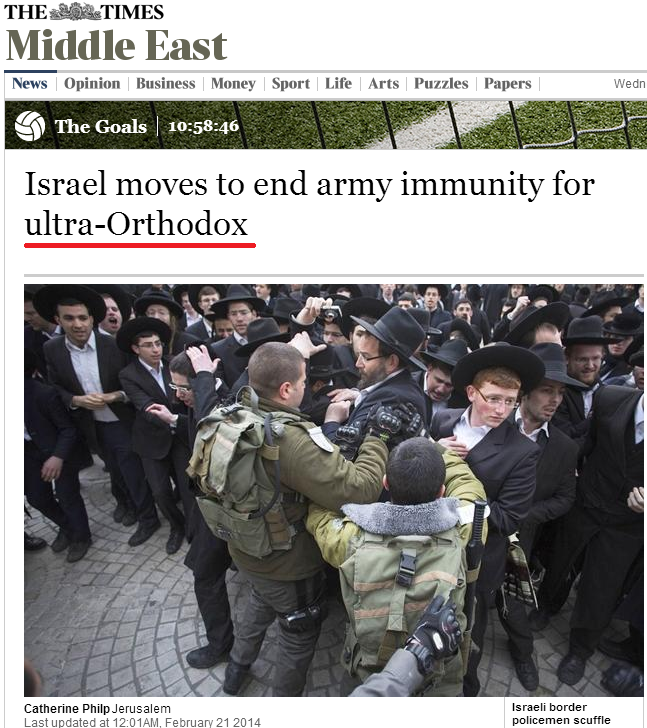 Thought they kept “zealots” in the opening passage, the differing language used in the headline and the subsequent text does make some sense.

While the text was referring specifically to those ultra-Orthodox Jews engaging in sometimes violent protests (who could arguably be called “zealous”), the headline is referring to the entire population of ultra-Orthodox Jews in the country who are exempt from military service – an extremely large number of Israelis who can’t reasonably be stereotyped in that manner.

Though the word “zealots” still seems quite tendentious in any context in a straight news story – and it’s difficult to imagine such a pejorative being used by The Times to refer to Palestinians who riot at the Temple Mount – the decision by Times editors to at least revise the headline represents a clear improvement over the original.

UPDATE on March 19: Catherine Philp just responded to our criticism in these Tweets:

@adamlevick @thetimes I didn’t actually, the subeditors at the times are responsible for that distortion (continued)

@adamlevick @thetimes i abor their characterization.i believe they have rescinded it but would like it known the vocab not mine.

@adamlevick yes, that was the editors. my lead finished at “parliamentary committee.” i did not continue and did not use the term “zealots”